Book Of The Quarter
Closeness
at a Distance
Discussing ways to lead virtual groups to high performance, this book explores the concept of a 'purple space': a place where different interaction spaces overlap and form a common team comfort zone.
(click title for full book review)

Web Site Of The Quarter
Beyond Intractability
This University of Colorado site provides access to information on a wide range of effective conflict resolution approaches.
(click title for full book review)

Leadership Crossroads
is a competent resource for

A complete book in a
FREE Android app: 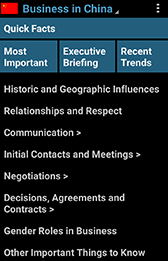 In Focus:  Readability or Clarity in a Global Context?

One of my colleagues reviewed a blog I had written and suggested I should look into making it more readable and accessible giving me lots of helpful ideas. This got me thinking. How readable (or, worse, unreadable) was it? I noticed that Microsoft Word has a function which produces Readability Statistics for documents. I pulled up my blog and clicked the button: a readability score of 48 out of 100 (argh!) on the Flesch Reading Ease Test, where the minimum is to have between 60 and 70. It also said that you’d have to be an 11th grade to read my blog. Not a bad thing I thought, having looked up what exactly an 11th grader was on Wikipedia. As a Brit I have no idea of the US grading system apart from hearing them mentioned on U.S. TV shows. However, Messrs. Flesch-Kincaid suggest we should aim at 7-8 grade level. I conclude, slightly depressed, that my writing is semi-incom­prehensible.

Intrigued by my apparent incompetence, I decide to explore further. I wrote down verbatim (that’s word-for-word to 7th graders) something that I had recently overheard while I was at dinner with participants during a training program in the US last month. It was a conversation between Scott from the Detroit office of the company and Franco, his colleague from the head office in Italy. Scott said something like this:

Why do you put up with Mark? I think Andrea was spot on with that aside of hers to you over our bite to eat earlier. Listen up, Franco. To get your point across to Mark and make sure he knows where you are coming from, what about just putting what’s at the top of your mind on the table? Go on. Just clear things up and get it all sorted it out with him right away.

Franco nodded quietly but blankly…and Scott changed the subject. After lunch I asked Franco if he had understood what Scott had meant about dealing with Mark. “To be honest, no idea” he said, “but I realize that I can’t always ask for clarity when we are socializing. I save that for the real battles about budgets and resourcing.”

Today I decided to put Scott’s words through the Readability Test. Very interesting. Scott was 98% readable and was accessible even to a 2nd grader. Wow!  However, I guess that the equivalent of a second grader in Italy would have had some problems deciphering Scott’s advice. Apparently Scott did not include any complex words. But complex for whom?

I decided to compose a text which would be the equivalent of Scott’s message, but which would be much more accessible to speakers of English as a second language. In particular, it was designed for those with a Latin basis to their language (French, Italian, Spanish and Portuguese). This is the Version B of what Scott said:

Why do you accept the way that Mark behaves? I think that Andrea’s informal comment made to you during lunch was extremely accurate. Here is my considered advice which I encourage you to think about seriously. Can I suggest that in order to ensure that your perspective is completely understood by Mark, you should explain your thinking and expectations openly about what’s important to you, clarify any misunderstandings you have together and resolve your differences immediately?”

Taking care to use exactly the same number of words, and really rather pleased with my ability to empathize with the many thousands of ‘Latin’ clients we have worked with over the years, I copied the text into the same on-line Readability test.

But why was Franco unable to ‘read’ Scott? Because readability, like beauty, is in the eye (or in this case, the ear) of the beholder.

Half-jokingly, during my workshops with multicultural groups, I suggest to participants who use English as a foreign language and who have strong Latin roots to their mother tongue that they should never ask their Anglo-Saxons to speak simply. That’s linguistic suicide. They should always say: “Do you think you could be a bit more sophisticated in the way you speak because we don’t understand you well when you keep things so simple.” Simple for Anglo-Saxons means keeping things short (and simple). And that means using one-syllable Saxon based words which have very little connection with Latin (“Do you want me to spell it out to you in words of one syllable?” asks the Anglo. NOOO! Not if I have Latin roots). Words of one syllable for Latins will always require an extra mental leap. And the words (or verbs) that Latin-based speakers hate most are …phrasal verbs. Get on, get off, get on with, get through, put off, put up with, put across, etc. There is NO link with Latin here, so for a Latin-based speaker it becomes an exercise in playing tennis with Rafa Nadal, except that you are reduced to being rabbit and are even expected to fetch the ball out of the net when you fail to return serve…humiliating.

So, to go back to my blog and my need to be more accessible. I have now concluded that there is a strong element of cultural bias in what ‘readability’ and ‘accessibility’ actually means in a truly global organization. I also think Microsoft has got it wrong and that the readability tests fail to take into consideration the need to communicate in International English, Offshore English or Globish. We need readability which works for everyone, not just the native speakers, who are already perceived as having an unfair advantage with their first language mastery over our ‘international colleagues’ who have English as a second, third, fourth or fifth language.

David can be reached at  d.trickey@tco-international.com


This highly interactive online training includes individual self-paced learning and webinar-style exchanges of experience with the facilitator and others in the class.   Check out our  module preview  to get an idea of how much fun online learning can be! 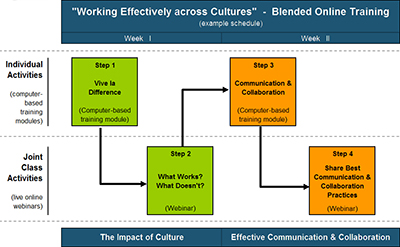 Lothar Katz is the founder of Leadership Crossroads.  He has helped many clients achieve productive cooperation across cultures and drive business success on a global scale.

A seasoned global executive, he regularly interacted with employees, cus­tomers, out­sourcing partners, and third parties in numerous countries around the world.

Our newsletter is a quarterly publication about all aspects of International and Cross-Cultural Business Management.  The 3Q 2015 issue is on the web at www.leadershipcrossroads.com/news_0715.htm.  Past issues can be found in our  newsletter archive.

If you are a current subscriber but you do not wish to receive this newsletter in future, simply send a blank e-mail to unsubscribe@leadershipcrossroads.com.